Tensions rise in Nigeria as some 2,000 inmates escape in attacks on prisons 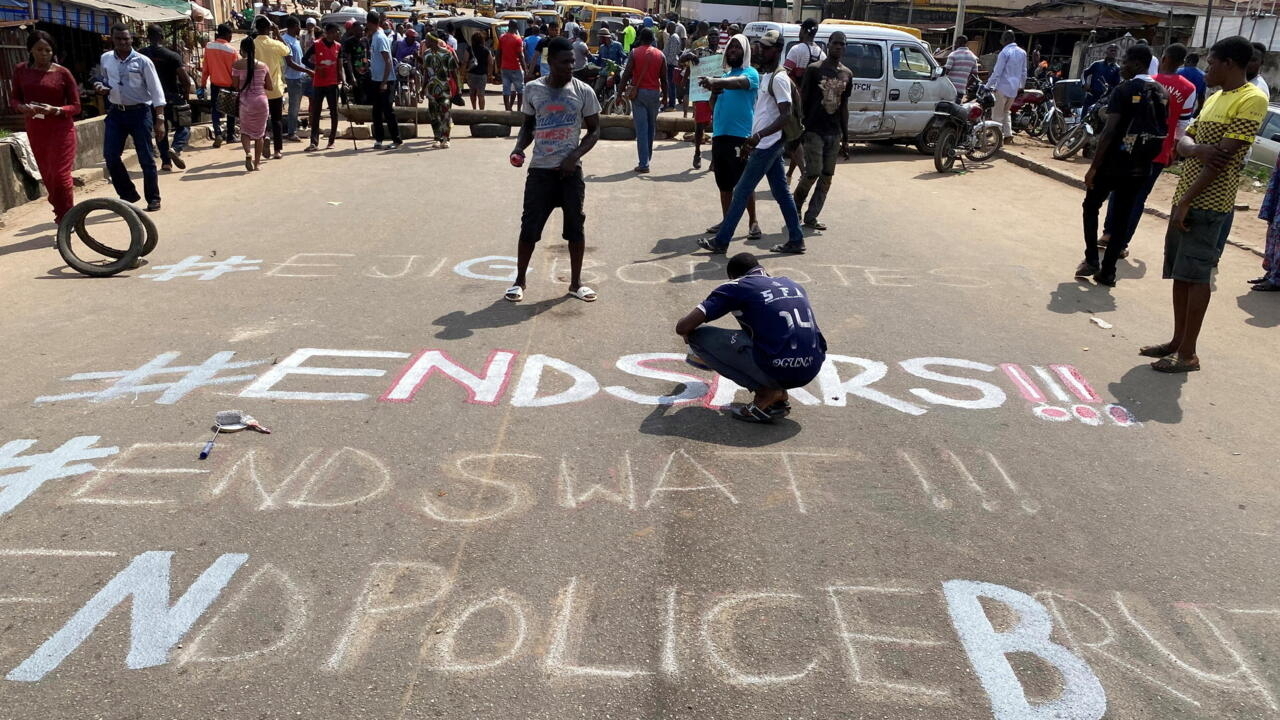 Nigerian authorities said on Tuesday that nearly 2,000 inmates had broken out of jail after crowds attacked two prisons, while officials announced a 24-hour curfew in the megacity of Lagos in an attempt to quell the unrest stemming from two weeks of protests against police brutality.

The Inspector-General of Police deployed anti-riot police across Africa’s most populous nation and ordered forces to strengthen security around Nigerian prison facilities.

“The force will henceforth exercise the full powers of the law to prevent any further attempt on lives and property of citizens,” a police statement read.

Interior Ministry spokesman Mohammed Manga said armed crowds had attacked two prison facilities, subduing the guards on duty. At the last count, 1,993 inmates were missing, he said Tuesday. It was unclear what the prisons' exact populations had been before the attack.

“Most of the inmates held at the centers are convicted criminals serving terms for various criminal offenses, awaiting execution or standing trial for violent crimes,” he said in a statement.

Lagos State Governor Babajide Sanwo-Olu warned on Twitter that the protests against police brutality in Nigeria have “degenerated into a monster that is threatening the well-being of our society”, as he announced a 24-hour curfew in the megacity.

I, therefore, hereby impose a 24-hour curfew on all parts of the State as from 4pm today, 20th October,2020. Nobody, except essential service providers and first responders must be found on the streets.

He said the curfew would cover the entire city of some 14 million people and surrounding areas. The announcement came after a police station was burned down in the city and two people were shot dead by police.

After the curfew announcement, protests continued on Tuesday in many cities, including Abuja, the capital, where troops have been deployed.

In Lagos, protesters gathered at a city centre tollgate were dispersed by gunshots, according to four witnesses who spoke to AFP. It was unclear who shot at the protesters, but several hundred people were present at the site that has become the epicentre of widespread demonstrations.

Grief-stricken South Africans are still searching for family members swept away by last week's floods in which 435 people died...

It is nearly 5,000 miles from the scrub and deserts of south-west Sudan to the urbane, calm capital of the Netherlands, and...

Suicide bombers have targeted the Ugandan capital Kampala, killing at least three people and injuring more than 30 others, police...

Egypt has accused Ethiopia of violating international law after it received a notice saying that Ethiopia's dam upstream on the...

CH: Will The Train Keep Moving?

No Result
View All Result